Resources for the SUD Counselor 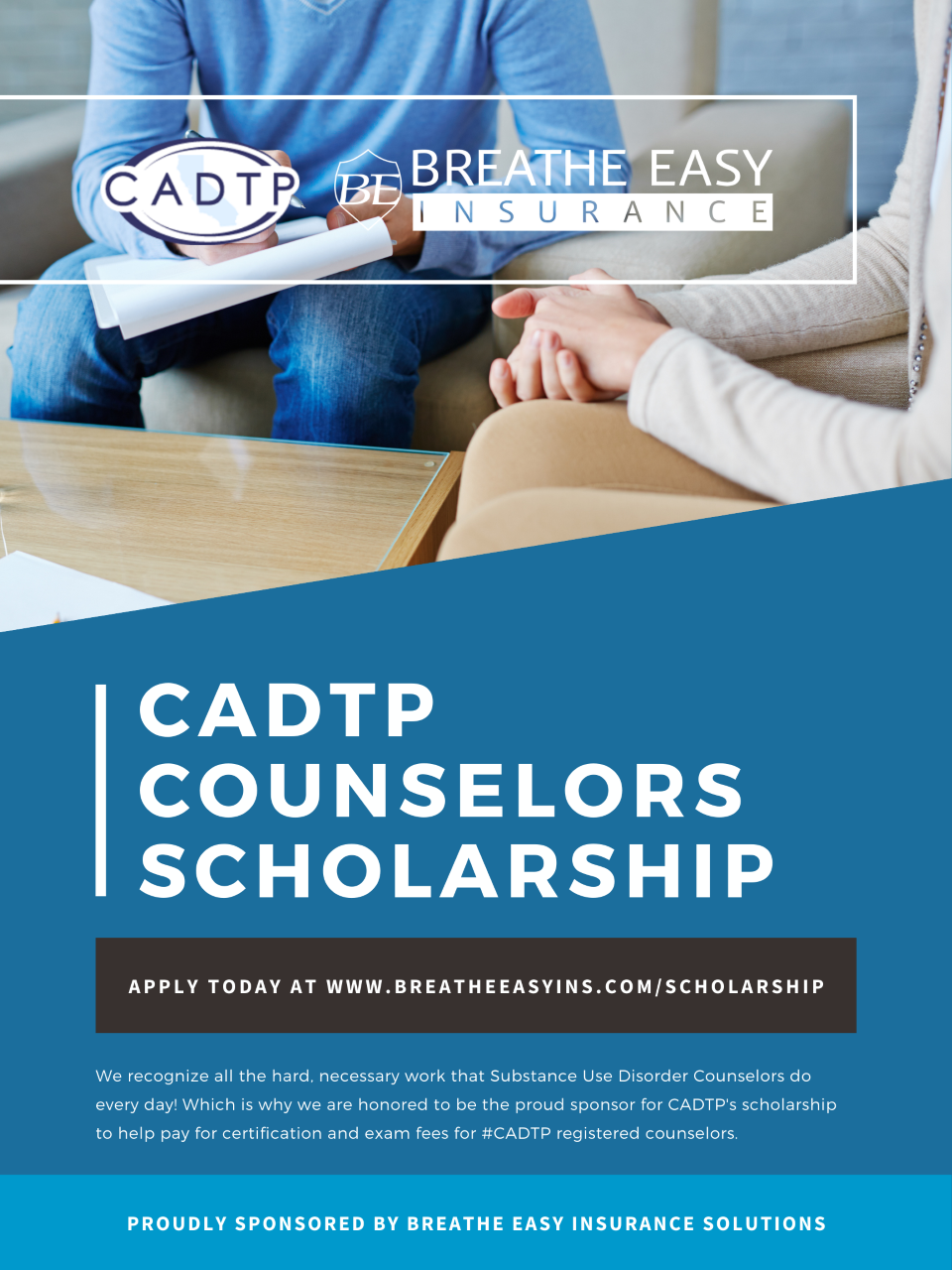 Breathe Easy Insurance Solutions, in partnership with CADTP, is sponsoring a scholarship to help pay for certification and exam fees for CADTP registered counselors.

Breathe Easy values the work you do and we want to help you move forward with your journey becoming a certified Substance Use Disorder Counselor.

CADTP is the owner and administrator of this scholarship program, and Breathe Easy Insurance is THE proud sponsor.

The official website of the California Department of Healthcare Services.

Official website of the American Society of Addiction Medicine.

Informational website for the National Institute on Drug Abuse.

The official website of the DUI MAT Integration/Outreach Project. A partnership between DHCS, CADTP, and the MAT Expansion Project.

The official website of the California MAT Expansion program.

The California Opioid Dashboard. Statistic on overdose deaths by County, and more.

A downloadable resource for Motivational Interviewing.

NADCP’s National Drug Court Month Toolkit has everything you need to make May a success.

Relevant Articles and Resources for the SUD Counselor.

CADTP requirements for continuing education units (CEU’s) due at renewal.

A downloadable resource for Counselor Regulations.

Candidate Guide for the IC&RC Alcohol and Drug Counselor Examination.

Please complete the form and send with exam application to request a special accomodation for your exam.

Once you have waited the 90 day waiting period to retake the IC&RC exam, you may complete the exam retake appclation and submit to the CADTP certifcation office for processing.

In addition to CADTP events, CADTP posts -CADTP events as a service to our Counselors. CADTP is not responsible for -CADTP events including, but not limited to, registration, payments, or outcomes. Links to registration and payment are included in the event listing as available. To submit an event for posting, go Submit an Event.

Do you have an event listing for the event calendar?

Submit your listing in the contact form to the right. Be sure to include all of the important details including:

We will let you know when the event is published or if we have any questions. Thank you for your interest in being included on the CADTP Counselors Calendar of Events.

Get in Touch With Us!